In this powerful and exciting fantasy set in the world of the New York Times bestselling Others series, humans and the shape-shifting Others will see whether they can live side by side…without destroying one another.

There are ghost towns in the world—places where the humans were annihilated in retaliation for the slaughter of the shape-shifting Others.

One of those places is Bennett, a town at the northern end of the Elder Hills—a town surrounded by the wild country. Now efforts are being made to resettle Bennett as a community where humans and Others live and work together. A young female police officer has been hired as the deputy to a Wolfgard sheriff. A deadly type of Other wants to run a human-style saloon. And a couple with four foster children—one of whom is a blood prophet—hope to find acceptance.

But as they reopen the stores and the professional offices and start to make lives for themselves, the town of Bennett attracts the attention of other humans looking for profit. And the arrival of the Blackstone Clan, outlaws and gamblers all, will uncover secrets…or bury them.

REASON I WANT TO READ THIS: I love Anne Bishop’s Others series. It’s my all time favorite adult series. While I don’t love her world books as much just being able to see little glimpses into the world Meg and Simon live in is my nirvana

Rude: There Is No Such Thing as Over-Sharing

‘I started my period at home in the afternoon aged 14 on a warm day. I remember screaming and thinking “There is no doubt about it; I am definitely going to die”.’

This book is about vaginas. Fanny, cunt, flower, foo-foo, tuppence, whatever you want to call it almost half of the world’s population has one.

Was Jessica Ennis on her period they day she won Olympic Gold? What do you do when you’re living on the streets and pregnant? What does it feeling like to have a poo after you’ve given birth? We all have questions but it’s not seen as very polite to talk about our fanny; in fact it is down-right rude.

Rude is an important, taboo-breaking book that shares the stories of pregnancy and periods, orgasms and the menopause, from women from all walks of life. From refugee camps in Calais to Oscar-winning actresses, to Nimko’s own story of living with FGM, each woman shares their own relationship with their vagina and its impact on their life.

REASON I WANT TO READ THIS: I think this book will be very informative and funny. A bit sad as well.

We Set the Dark on Fire

At the Medio School for Girls, distinguished young women are trained for one of two roles in their polarized society. Depending on her specialization, a graduate will one day run a husband’s household or raise his children, but both are promised a life of comfort and luxury, far from the frequent political uprisings of the lower class. Daniela Vargas is the school’s top student, but her bright future depends upon no one discovering her darkest secret—that her pedigree is a lie. Her parents sacrificed everything to obtain forged identification papers so Dani could rise above her station. Now that her marriage to an important politico’s son is fast approaching, she must keep the truth hidden or be sent back to the fringes of society, where famine and poverty rule supreme.

On her graduation night, Dani seems to be in the clear, despite the surprises that unfold. But nothing prepares her for all the difficult choices she must make, especially when she is asked to spy for a resistance group desperately fighting to bring equality to Medio. Will Dani cling to the privilege her parents fought to win for her, or to give up everything she’s strived for in pursuit of a free Medio—and a chance at a forbidden love?

REASON I WANT TO READ THIS: This ‘At the Medio School for Girls, distinguished young women are trained for one of two roles in their polarized society. Depending on her specialization, a graduate will one day run a husband’s household or raise his children, but both are promised a life of comfort and luxury, far from the frequent political uprisings of the lower class’ This got me sucked in.

In this new installment in the No. 1 New York Times bestselling series, Mercy Thompson must face a deadly enemy to defend all she loves . . .

My name is Mercedes Athena Thompson Hauptman, and I am a car mechanic.

And a coyote shapeshifter . . . And the mate of the Alpha of the Columbia Basin werewolf pack.

Even so, none of that would have gotten me into trouble if, a few months ago, I hadn’t stood upon a bridge and taken responsibility for the safety of the citizens who lived in our territory. It seemed like the thing to do at the time. It should have only involved hunting down killer goblins, zombie goats, and an occasional troll. Instead, our home was viewed as neutral ground, a place where humans would feel safe to come and treat with the fae.

The reality is that nothing and no one is safe. As generals and politicians face off with the Gray Lords of the fae, a storm is coming and her name is Death.

But we are pack, and we have given our word. We will die to keep it. 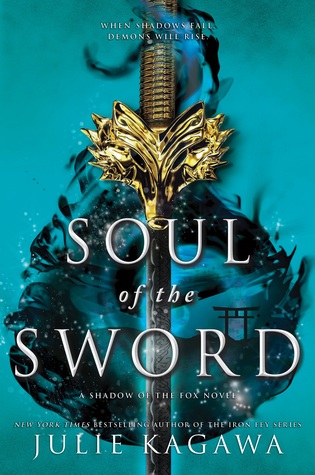 Soul of the Sword

One thousand years ago, a wish was made to the Harbinger of Change and a sword of rage and lightning was forged. Kamigoroshi. The Godslayer. It had one task: to seal away the powerful demon Hakaimono.

Now he has broken free.

Kitsune shapeshifter Yumeko has one task: to take her piece of the ancient and powerful scroll to the Steel Feather temple in order to prevent the summoning of the Harbinger of Change, the great Kami Dragon who will grant one wish to whomever holds the Scroll of a Thousand Prayers. But she has a new enemy now. The demon Hakaimono, who for centuries was trapped in a cursed sword, has escaped and possessed the boy she thought would protect her, Kage Tatsumi of the Shadow Clan.

Hakaimono has done the unthinkable and joined forces with the Master of Demons in order to break the curse of the sword and set himself free. To overthrow the empire and cover the land in darkness, they need one thing: the Scroll of a Thousand Prayers. As the paths of Yumeko and the possessed Tatsumi cross once again, the entire empire will be thrown into chaos.

REASON I WANT TO READ THIS:  I absolutely loved the first book! See my review here – https://www.goodreads.com/review/show/2258621822 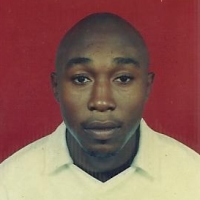